Do we worry about what is currently going on? About freedom and lack of freedom, about rights, duties and responsibility? In the academic bookstore Knodt this was done very emphatically in a conversation with Pia Beckmann.

A senior told how he was brought up to be a passionate Nazi. When he was 10 years old and the Americans invaded, he would have loved to mow them down with a machine gun. Until a single sentence from his aunt who stood next to him, changed everything. Full of longing, she asked: " I wonder if my Josef is there with them? This question struck him like a hammer, he admitted. In this moment of realization, for which he is still grateful today, his political interest awakened. He informed himself, later joined a large national party and was politically active until his retirement. He had experienced first-hand how easily children could be fanatized. Many adults also had a childlike disposition in this regard, he added, with regard to the conspiracy supporters.

The Week of Independent Bookstores was opened in Würzburg near Knodt with an intensive dialog that lasted almost three hours. Elisabeth Stein-Salomon had invited the former Lord Mayor, Dr. Pia Beckmann, to a discussion and signing session. The topic was free - Perspektiven auf die Freiheit (free - Perspectives on Freedom), which is also the title of the book edited by Beckmann and published by Verlag für moderne Kunst in the fall of 2020.

With all due precautions, the meeting, which was in great demand, took place with participants changing every quarter to half an hour. Nevertheless, for all those who did not want to take the trouble to attend, there was an offer to participate in the dialog digitally at a later date and receive a signed book copy. Stein-Salomon, owner of the almost 90-year-old, family-run bookstore, had created a cozy, inviting atmosphere with a distance to the next person. Beckmann was available to answer questions, but also to answer some of the visitors’ questions herself: What is it that worries you the most right now? What do art and literature do for you? What role do justice and the police play for you when it comes to freedom? Can you meet everyone without prejudice? How would you like to leave the world? These questions were all related to her book, for which the art installation “free” by Winfried Muthesius was a thought opener. The installation was not to be seen anywhere, but in the largest criminal court in Europe. In a place where freedom is given and taken, where you can find a reflection of our society and where our basic rights want to be defended every day anew.

What worried the visitors was of course Corona, the restrictions, the fears and how people deal with them. It was about right and wrong, about the appropriateness of measures, protests, but also about Corona deniers and conspiracy theorists. Many things were discussed heatedly and controversially: Someone questioned the effectiveness of current restrictions; a guest then emphasized that we in Germany enjoy the greatest possible freedom despite Corona. He therefore only looks at himself, he protects others and thus himself by keeping distance, avoiding contact. In the end, this is the only thing that one can really influence: one’s own behavior.

Finally, the way people treat each other became an issue. The coarseness of language, the defamation of people who do not fit into the concept and how indistinctly the courts dealt with it in some cases. Radicalized perceptions of interests led people to believe that what they hear and say is true per se. The acceptance of facts has been lost. Reliable scientific findings were no longer recognized. Uncertainties spread. Social media reinforced this through their algorithms. A change in direction was urgently demanded, e.g. through adequate education and awareness-raising measures. One participant emphasized the importance of inner and outer freedom for the individual and the society; often it is not recognized what effects both have on the mental well-being of the individual, on inner and outer peace. For this reason too, she said, the dialogue must be continued.

This and more was lively discussed on the basis of the questions arising from the book and dialogue project “free - Perspektiven auf die Freiheit”. Both the editor, Pia Beckmann, and the host Elisabeth Stein-Salomon were exhausted after the marathon discussion, but very satisfied. 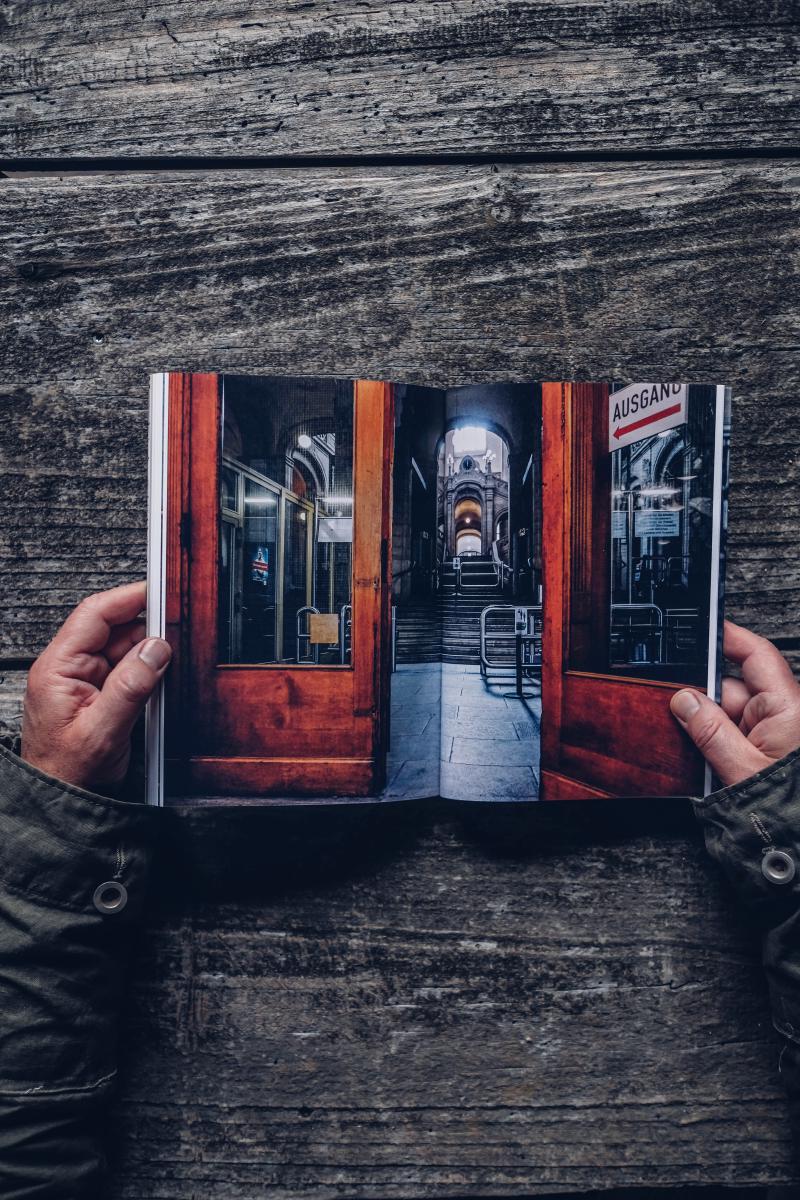 Julia Hackober about millenials and free

To whom no chance is given, freedom is denied